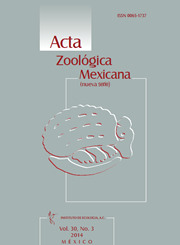 We report three observations of House Sparrow with partial albinism, in La Paz city, Baja California Sur, in Autumn 2012 and May 2014. Two females and one juvenile male with abnormal coloration were recorded, one individual having both wings with white coloration, one with white coloration in the rump, upper tail coverts and tail, and the juvenile with white patch in feathers of the wing, in both primaries and secondaries.