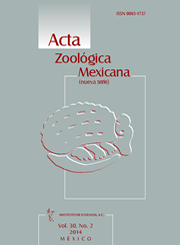 Ambliopinini beetles (Staphylinidae: Amblyopinina) are unique among staphylinids and unusual among all Coleoptera, because of their apparently obligate association with mammals. Although they were believed to be ectoparasites, the current hypothesis suggests mutualism. Nevertheless the only available research was carried out on two Central American species and it is ignored if all members of Ambliopinini have a relationship of mutual benefit. Here, I describe the relationship between the small rodent Nephelomys albigularis and its Ambliopinina beetle Amblyopinus sanborni in northern Cordillera Central de Colombia. Based on my study, a commensalism is the hypothesis that might explain the relationship between both species.